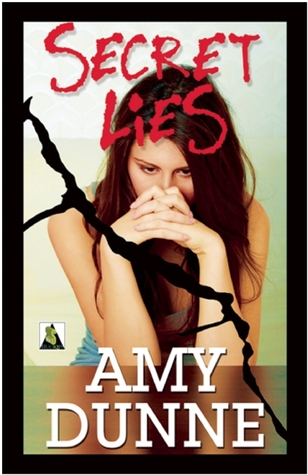 Amy Dunne was raised in Derbyshire, England. She attended Keele University and graduated in 2007 with a BSc in Philosophy and Psychology. After graduating she worked for a while with vulnerable young people. She is currently setting up her own speech writing business and concentrating on her writing. She is married to her beautiful wife, Lou. They have two gorgeous cats and a mischievous dog.

Secret Lies Would you face your biggest fear, to save the one you love?

Nicola Jackson escapes from her abuser, only to realize that she has no one to turn to and nowhere to go. In a twist of fate, she accidentally bumps into Jenny O’Connor, the most popular girl at school. They strike up an unlikely friendship. As their trust in each other develops, they share their darkest secrets, and their relationship blossoms into a secret romance.

Jenny loves Nicola, but she is fearful that if their secret relationship is discovered, she might lose her family, friends, and seemingly perfect life.

Nicola confronts her abuser and blackmails him to leave for good, but things go terrifyingly wrong. Jenny is left with a life-changing dilemma: should she face her fear and accept who she is, or let Nicola take the blame and pretend their relationship never happened?

Amy Dunne has generously donated a free paperback copy of Secret Lies for one lucky winner. To enter the drawing, please leave a comment below along with your email address. A winner will be chosen on June 8th.