Michael Griffo is the author of six novels, an essay, and ten plays. His debut novel, UNNATURAL, the first book in the acclaimed Archangel Academy series, was published in 2010 by Kensington Books. The next books in the series - UNWELCOME and UNAFRAID followed. Next, Griffo wrote The Darkborn Legacy with MOONGLOW being published in March 2013 and SUNBLIND in September. The final book of the trilogy, STARFALL, will be published in March 2014. In between, he wrote an essay in the anthology, DEAR TEEN ME, published by Zest Books.

His first play, NO MORE SUNDAYS, won the New Jersey Perry award for Best Original Play. His other plays include PEN PALS, 9TH STREET WATER, TWO, and PIECES, all of which have been produced across the country and in London. His short plays, CLOUDY and 5G/10B are published in Smith & Kraus' The Best Ten-Minute Plays, 2 Actors: 2005, and CLOUDY is licensed by Playscripts.com.

For more information, check out the author's newly-revamped website at http://MichaelGriffo.com or connect with him on Twitter @Michael2264. 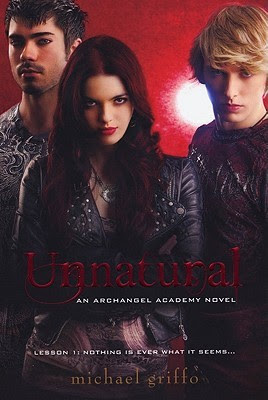 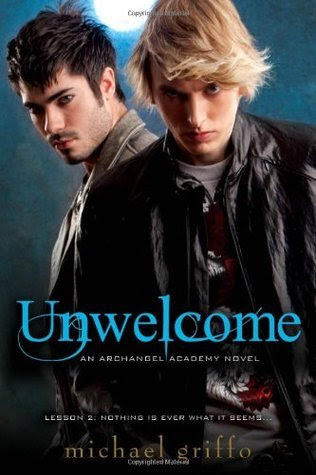 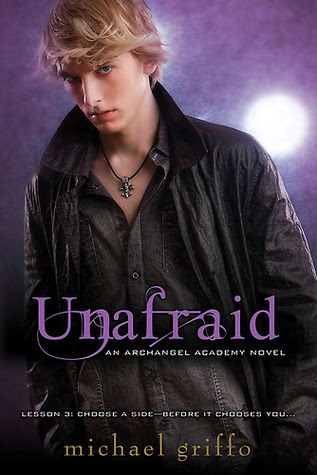 Unafraid (Archangel Academy, Book Three) The boarding school known as Archangel Academy possesses a legacy of secrets known only to a privileged few. For in this peaceful, charming part of England lives a population of vampires at war with one another--and Michael Howard is caught in the middle of it all. . .When Michael left his small Nebraska hometown to enroll at Archangel Academy, he couldn't have imagined how much the experience would change him. Once mortal, Michael is now a vampire with a destiny that was foretold long ago, and a group of friends with their own mysterious abilities.

But there are enemies too, some of them hiding in plain sight. Being strong enough to defend himself isn't enough. Michael must find a way to protect his entire race of vampires. Dark forces within the school will drive everyone to take sides in the escalating violence. And for all his new powers, Michael will discover that love, jealousy, and vengeance have a danger all their own. . . 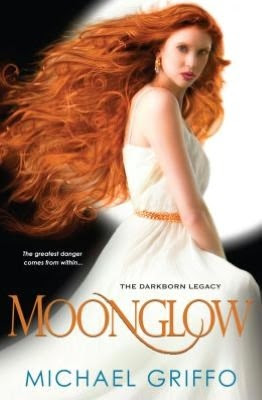 Moonglow (The Darkborn Legacy, Book One) From the author of the acclaimed Archangel Academy vampire trilogy comes a stunning new series about a girl determined to defy her fate—and reclaim her future…

Something strange is going on with Dominy Robineau. All her friends in Weeping Water, Nebraska, have noticed—and it’s way beyond teenage blues. As weeks pass, Dom grows consumed by anger, aggression, and violence, and she seems powerless to stop it. Then she turns sixteen, and things get really dangerous.

When her best friend is murdered, Dominy’s father is compelled to reveal the truth behind the darkness that threatens to both overtake and empower her. Her boyfriend, Caleb, swears they’ll find a way to change her destiny. But others are hiding secrets too, and gifts that are far more terrifying than hers. And even as she struggles to control her new abilities, Dom must contend with an enemy who wants her to use the beast within to destroy all those she loves, before she destroys herself… 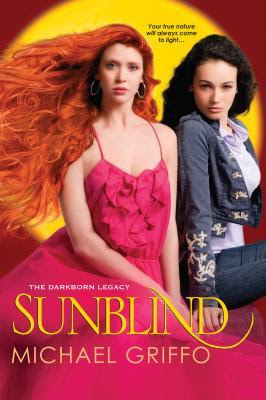 Sunblind (The Darkborn Legacy, Book Two) In the latest book in Michael Griffo’s spellbinding Darkborn Legacy series, Dominy Robineau must choose whether to fight the werewolf inside—or the darkness all around…

Dominy had no choice in becoming a werewolf. The day she turned sixteen, a witch’s curse erased every trace of normal from her life and ignited a wild hunger that’s already cost Dominy her best friend. And though she’s still got her boyfriend, Caleb, and other allies who promise to help her find a cure, Dom feels completely alone. Yet she isn’t alone…

Throughout her hometown of Weeping Water, Nebraska, a legacy of evil is slowly coming to light, pitting friend against friend in an unfolding battle. Dom was sure her only hope was to fight what she’s become. But with an enemy threatening her family, she’ll have to harness the power she fears and gather all the strength she’s got…